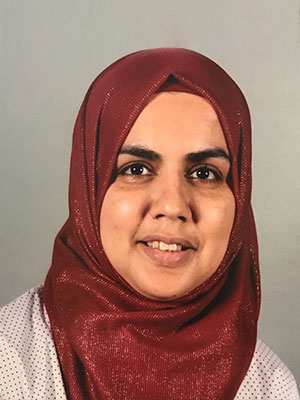 Fareeha Qazi is a mother of three, middle school Social Studies teacher, an activist and a social justice advocate. Fareeha has spoken at various conferences, seminars, panels and rallies promoting the peaceful nature of Islam and Muslims. She has a passion for community service and less fortunate. She has organized fundraising campaigns for Syria and Somalia. She has also written several editorials in the local paper on racial equality. Fareeha’s efforts have also been focused on bringing to the public eye the issues of the refugee crisis, Muslim Travel Ban, Islamophobia, discrimination against Muslims in general and Muslim women in particular.   Fareeha is Pakistani native, US citizen and a Greenville resident for past 13 years. She can be reached atfareehamunawar@gmail.com