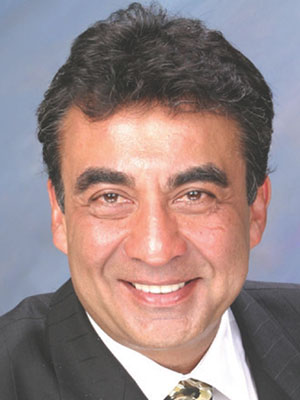 Teaching People How to Achieve Happiness, Prosperity and Peace Through the Practice of Forgiveness

An author, peace activist and international inspirational speaker, Azim M. Khamisa was born in Kenya, Africa and had early training in mathematics, economics and international finance in the United Kingdom. A successful international investment banker with over 40 years of experience, he has conducted business in Africa, Middle East, Canada, USA, Europe and Asia. (www.SovereignCapitalMarkets.com). A man always on the go, taking action for societal transformation, he is the Founder and Chairperson of the Tariq Khamisa Foundation now in its 22nd year (www.TKF.org) and Co-Founder of the Constant And Never Ending Improvement program established in 2001 and currently active in nine cities and is in its 16th year (www.azimkhamisa.com/nonprofitwork/) . He serves as Vice Chair of the Institute of Noetic Sciences (www.Noetic.org), which studies consciousness and was founded by Edgar Mitchell, the sixth astronaut to walk on the moon, some 44 years ago.

Committing his life to halting the continuing cycle of violence among the youth, Azim became a social activist after his 20-year-old college student son Tariq was senselessly murdered while delivering pizzas in January 1995 by Tony Hicks, a 14-year-old gang member. Out of unspeakable grief and despair, Khamisa was inspired to transform his loss through the miraculous power of forgiveness. Believing that there were “victims at both ends of the gun,” Azim forgave Tony and founded the Tariq Khamisa Foundation to break the cycle of youth violence by saving lives, empowering positive choices and teaching the principles of nonviolence and peacemaking. Soon after establishing the foundation, Azim invited Ples Felix, Tony’s grandfather and guardian, to join him. Together, since November 1995, the two have brought their story and message through TKF’s Peacemaker Assemblies and other programs. The duo has reached over a million elementary and middle school children live and several million via video programs, guiding the youth to choose a peacemaker’s life of nonviolence and forgiveness.

Azim serves on the Board of Directors of various non-profit and for-profit organizations. He was inducted onto the Martin Luther King Jr. Board of Sponsors at Morehouse College in Atlanta, Georgia. Azim serves on the Board of the Institute of Noetic Sciences and is a member of the Wisdom Council of the Summer of Peace. Azim is a strong proponent of collaboration and believes that while no single nonprofit has the complete solution, collectively we do.

Because of his work in impacting social policy and norms, Azim is a highly regarded and respected leader and a sought after speaker nationally and internationally. Having given over 1000 presentations to grade schools and university students and over 550 keynote speeches at conferences worldwide – including an audience of 300,000 at the “Stand for Children” rally in Washington D.C. in 1996 – Azim has received over 63 regional, national and international awards. These include: in April 1997 the National Crime Victims Special Community Service Award presented by President Bill Clinton and Attorney General Janet Reno. In December 2002, he received the prestigious “Search for Common Ground” international award for “Building Peaceful Communities” along with Archbishop Desmond Tutu and Ted Koppel. Other awards include 2003’s “California Peace Prize,” 2006’s “Freedom Heroes Award,” 2008’s “Death Penalty Focus Award” and “The Spirit of Crazy Horse Award,” the latter being given alongside Muhammad Ali.

As well, in June 2004, Azim participated in the Synthesis Dialogues, with His Holiness the Dalai Lama, held at the Pope’s summer residence in Castelgandolfo, Italy. Azim also met with the Dalai Lama at the Vancouver Peace Summit in September 2009. Azim’s profound work has been featured in the likes of The New York Times, Oprah Magazine, People Magazine, Parade Magazine, Washington Post and U.S.A. Today as well as on NBC’s Today Show, NBC Nightly News, CBS’s Early Morning Show and KPBS’ Fresh Air.

A well-traveled, multi-lingual naturalized United States citizen, he resides in La Jolla, California, Azim is also the proud father of Tasreen and Tariq and a proud grandfather of Khalil, Shahin and Miya.

With various inspirational products available on his website, he is an award-winning author of the book: Azim’s Bardo – From Murder To Forgiveness – A Father’s Journey. He followed up this book in November 2007 with From Forgiveness to Fulfillment, showing the continued evolution in an unfolding story that is his path, his passion and his life. A third in the trilogy From Fulfillment to Peace was released in 2015. In February 2009 Random House published The Secrets of the Bulletproof Spirit: How to Bounce Back from Life’s Hardest Hits, which was coauthored with Jillian Quinn.

Azim’s story is featured in an upcoming feature film, as well as documentaries such as The Power of Forgiveness, Unlikely Friends, Azim Khamisa – The Tool of Forgiveness and The Truth.

Says Azim, “We continuously confront defining moments in life. Sometimes these events are joyous; sometimes they are tragedies. At these moments it’s important to make the right choices. When we do, we’re able to manifest miracles and produce transformation in ourselves and others.” For more information on Azim or to order books, DVDs or CDs, see AzimKhamisa.com. For information on the Tariq Khamisa Foundation, see TKF.org.

Azim Khamisa’s only son, Tariq, a university student who worked a part-time job as a pizza delivery man, was killed by a 14-year-old gang member in a gang initiation ritual over 22 years ago. Tariq was only 20 years old when he died, and this tragedy brought Azim’s life to a crashing halt. Since then, Azim has authored four books and speaks worldwide to students and adults on nonviolence, forgiveness and peace-building. He is the founder of two nonprofit organizations that target youth violence. Azim will speak about his journey to becoming a passionate peace activist and a teacher of nonviolence, forgiveness, and spawning peacemakers.