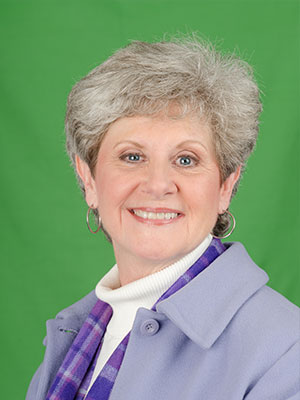 Carol is a Pendleton native who has lived in Anderson County her entire life, attending Anderson County public schools and receiving a bachelor’s of arts degree from Southern Wesleyan University in 1982.  She has been involved with community organizations as a volunteer or staff member for 31 years.  For 22 of those 31 years, Carol served in elected office in the Town of Pendleton as a council member from 1987 – 1997 and mayor from 1997 – 2009.  Burdette has been the Chief Executive Officer of United Way of Anderson County since 2002 after serving as a volunteer with the organization for 13 years.

Among many of her volunteer positions, Carol served as Board Chair of the Anderson Area YMCA, United Way of Anderson County, the Anderson Area Chamber of Commerce, and the South Carolina Association of Non-Profit Organizations.  She is a past president of the Rotary Club of Anderson and a Rotary Past District Governor.  Burdette was also president of Advance SC and the Municipal Association of South Carolina.

Currently Carol is serving her second time as Rotary Governor for Rotary District 7750, ( she is a Major Donor, Bequest Society Member, a Paul Harris Society Member and served as the chair of her Rotary Club’s Centennial in 2017-18) and she serves on the Board of Visitors of Anderson University, the Anderson, Oconee, Pickens Mental Health Board, and on the Board of Trustees of Spartanburg Methodist College and is a past chair of Ten At The Top, the Anderson Area Sister Cities Association and the Pendleton Historic Foundation.  Carol also chaired the Town of Pendleton’s 225th Anniversary Committee and a six year term on the board of Sister Cities International.

Burdette has been honored with the Pointing The Way Award, the Athena award, the Leadership Anderson Alumni Award, presidential citation from her alma mater Southern Wesleyan University, 2014 Economic Development Ambassador for Anderson County by Governor Nikki Haley and was named as one of the 15 over 50 by the Independent Mail and named Non-Profit Director of the Year by the Chamber of Commerce.

This bio is just a snapshot of Carol’s involvement in her community, region and state.  Serving is a way of life and she does it with enthusiasm and is passionate about making the lives of others better through her efforts.