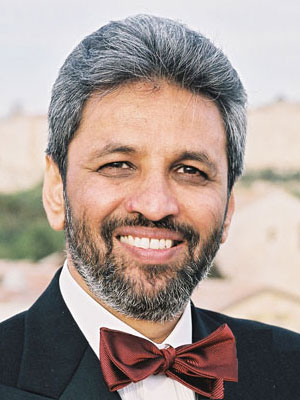 Bawa Jain is the Founding Secretary General of the World Council of Religious Leaders (WCORL). Prior to that, Jain was Chairman of the Millennium World Peace Summit of Religious and Spiritual Leaders which brought over 2000 of the world’s pre-eminent religious leaders to the United Nations in 2000. The Council is charged with being a strong resource and a collaborator with the United Nations and other international and national organizations whose purposes include promoting peace, harmony, tolerance, and mutual respect among human beings and the evolution of world social and economic justice. WCORL seeks to reduce religiously motivated conflicts. As founder of the World Movement of Nonviolence, Mr. Jain conceived of the Gandhi-King Award, which fosters the practices and principles of non-violence in daily life. He serves as the Chairman of the World Youth Peace Summit, which brought together young leaders from over 100 countries. He launched WCORL’s “Religion One on One,” which brought together two of the world’s oldest religions, Jewish and Hindus, resulting in a signed “Declaration of Mutual Understanding and Cooperation” and the creation of a standing committee for Hindu-Jewish relations. Mr. Jain coined the term Religious Diplomacy, actively speaks, practices and promotes it around the World as part of his broader thrust on Responsible Leadership.

Reflecting on current affairs, Mr. Jain founded The Centre for Responsible Leadership, a global initiative to mobilize people of influence who have and are willing to make decisions that seek to be in the larger interests of all, rather than to benefit a few. One of the first initiatives is the convening of a “Sustainable Development Leadership Summit” at the United Nations in early 2019.